NEW YORK (April 2, 2019) – Bare Knuckle Fighting Championship (BKFC) hosted a media event in New York Tuesday as recent BKFC signee and former two-division boxing champion Paulie Malignaggi and former UFC standout and Conor McGregor stablemate Artem Lobov had a heated exchange and had to be separated in anticipation of a possible showdown between the two later this year.

Lobov is preparing to take on Jason Knight in the main event of “BKFC 5: Lobov vs. Knight” this Saturday from the Mississippi Coast Coliseum in Biloxi and live on pay-per-view. If he is successful on Saturday night, a highly-anticipated showdown against Malignaggi looms.

“BKFC 5: Lobov vs. Knight” will be broadcast across the United States and Canada, exclusively on pay-per-view through MultiVision Media, Inc., on all major television distribution outlets for $29.95. It will also be available worldwide via stream to all in-home and out-of-home connected devices at FITE-TV and www.bareknuckle.tv.

Tickets for “BKFC 5: Lobov vs. Knight” are available now exclusively at www.bareknuckle.tv beginning at $35.

Here is what the fighters had to say Tuesday from Mendez Boxing in Manhattan:

“Without disrespecting Jason Knight, because we’ll see what happens Saturday, but I think everyone here would like to see Malignaggi vs. Lobov. I see that it’s picking up traction and fans in general are talking about it. 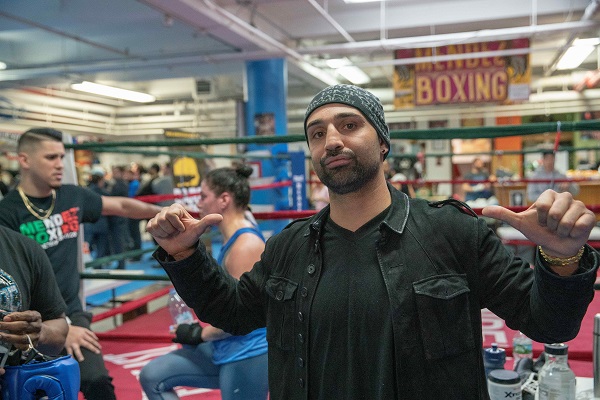 “When I get Lobov in the ring, the goal is not just to win. I have to really excel and show something more. The goal would be to hurt him bad.

“Being in the gym every day gets me excited. In that way, I feel mentally reborn. I’m sure there will be tough days, but that’s par for the course. I think mentally you can find motivation that will spur you on to chase certain goals.

“I started talking to David Feldman first about being involved on the broadcast aspect of BKFC. But then he threw out numbers for me to fight that got my attention. Once we got past that first part of the conversation, things started moving along and here we are.

“There’s always adjustments to be made in a new discipline as far as how you’re going to throw and receive punches. We’re going to make small adjustments, but your base is your base. My base is boxing and we’re going to keep the things we want to keep.

“Let’s be honest, Paulie doesn’t want to fight me on the street, because he knows I’d tear him apart in seconds. But I want to prove myself in the boxing ring. That’s why I’m doing this. I want Paulie safe until the day I can finally put my hands on him. 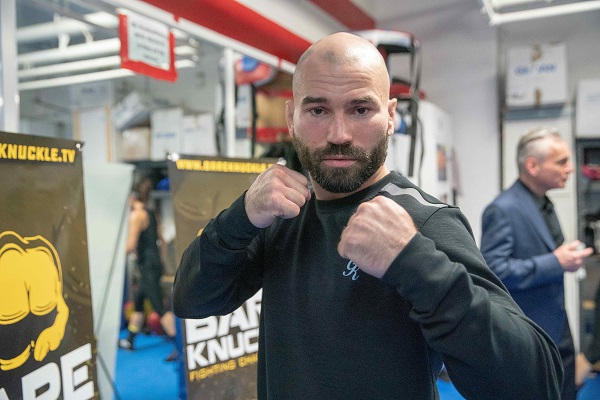 “This is the only chance he has to get a shot in on me. When we do get to fight, he won’t get a hand on me, I guarantee that.

“I’m here to fight on Saturday night. I’m a true fighter. No one will ever make me quit. I don’t care about anything that Paulie can do to me.

“Paulie was always the fight I wanted. It’s ‘night night’ for Jason Knight this Saturday, then it’s on to Paulie. That’s the only fight I want. He deserves to get slapped around.

“Jason Knight was a top UFC fighter at one point. He’s a very tough opponent, but his strength was mixing disciplines. Just boxing me, he doesn’t have a chance.

“I love the bare knuckle training. This is my game. I love the stand-up fighting. My approach is that if you want to be a good boxer, you have to box a lot. I went into all of the best gyms in Ireland and got great sparring.”