(Photo by Kevin Howard) Ireland’s featherweight champion Patrick ‘The Punisher’ Hyland arrived at the Foxwoods Resort in Connecticut last night as heavy underdog to topple WBC featherweight champion Gary Russell Jr. ‘The Punisher’ came into this bout of the back of three knockouts in his last four outings. In comparison, Russell Jr was looking to dust off any ring rust of a thirteen month lay-off from in ring action. Which as it turned out, would take mere minutes.

Utilising his trademark blistering hand speed, Russell exploded from the blocks. Absorbing rapid fire combinations, Hyland looked to weather the early storm as expected with a high guard. Struggling to offer anything meaningful in return, it seemed only a matter of time before Russell Jr would punish the Irishman with clean and precise shots.

In the second, Russell Jr peppered shots through Hyland’s guard. The beginning of the end arrived as Russell Jr sent Hyland to the canvas with a punishing counter right hook that landed flush on the chin. Hyland climbed off the floor to beat the referee’s count on to be dropped again moments later. Beating the count for a second time, Hyland’s night looked to be coming to a close. The Irishman’s title bid ended as Russell Jr unleashed a barrage of shots that sent Hyland into the ropes before crumbling to the canvas for a third and final time. 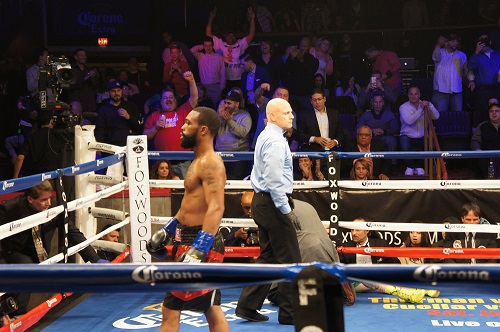 Gary Russell Jr improved his record to 27-1 (16KO). With a punch perfect performance against the over matched Hyland, Russell Jr looks to move on to more lucrative fights such as Leo Santa Cruz or perhaps avenge his single professional loss to WBO titlist Vasyl Lomachenko. Having fallen short on his world title bid for a second time, the road back for Hyland may prove a treacherous one. 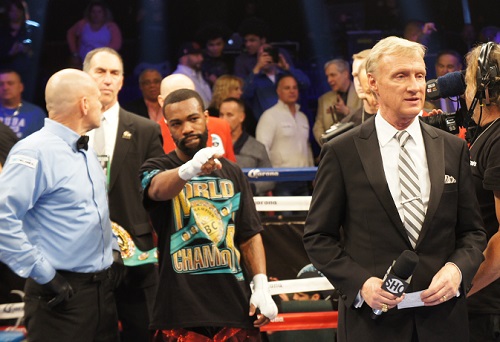 View all posts by: Frank Walsh