Hopkins appeared to start the night slow, but Hopkins’ combinations, speed and power grew each round. By the seventh, Hopkins and Murat exchanged wild power shots in spurts for the rest of the bout. Amidst these exchanges, Hopkins used his signature defense, angles and gamesmanship to mentally and physically deflate Murat. The judges scored the fight 117-110 and 119-108, twice for the champion.

“Richard Schaefer said we needed to be crowd pleasers,” said Hopkins, the oldest champion in sports history. “The crowd wanted to see skill and blood so I had some blood to give them. I am an entertainer and this is what people want to see… He was a game number one contender.”

When asked by SHOWTIME ringside reporter Jim Gray if Murat brought out the best in him, Hopkins answered, “Not really, but he didn’t bring out the worst either.”

Regarding the slow start, Hopkins said, “That was the plan. That was the bone on the string so that the dog could follow him into a dark alley and then realize someone was waiting on him. And that dog was me.”

Hopkins continued, “He throws pretty good punches and he is no one to sleep on. He is going to give some light heavyweights a bit of a problem.”

When Gray asked Hopkins how he stays in such phenomenal shape at age 48, Hopkins replied, “I’m a freaking alien.”

Gray then spoke to Murat who said, “Bernard is a good boxer and I lost concentration due to the two cuts which came by head butts. I know that when I am in good shape I can beat him, however, the cuts disturbed me.” 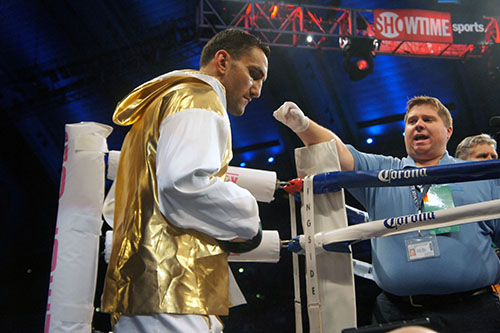 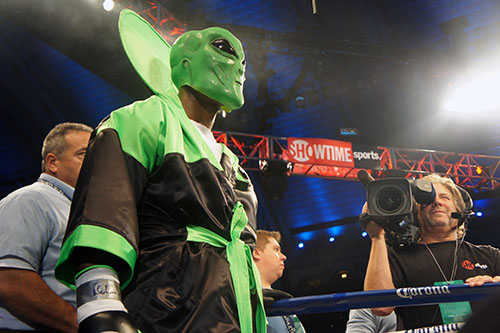 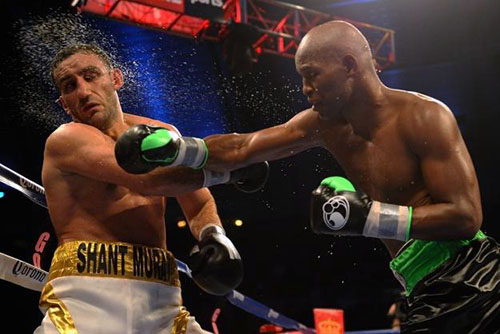 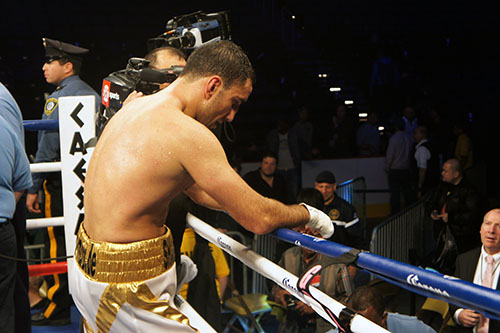 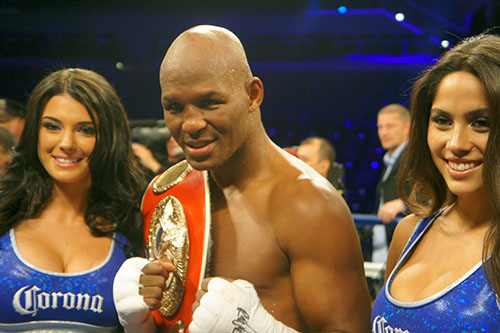 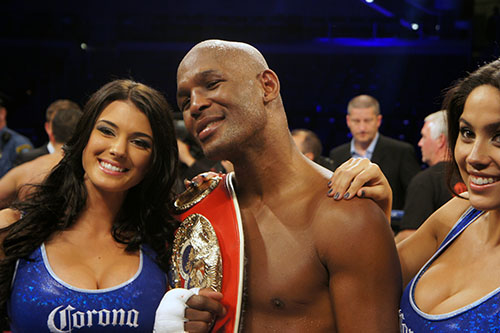 In the co-main event Peter “Kid Chocolate” Quillin (30-0, 21 KO’s) remained undefeated and retained his WBO Middleweight title by defeating “King”Gabriel Rosado via technical knockout. The fight was stopped at 40 seconds of the tenth round by the referee on the advice of the doctor due to a deep cut on Rosado’s left eyelid.

Quillin came out of the gate as the more confident and powerful of the two, dropping Rosado in the second. But by the fourth, Rosado found rhythm and confidence of his own. Rosado pressed forward and took the momentum away for virtually the rest of the fight.

But Quillin was counterpunching and keeping each round close. In the ninth, with less than a minute left, Quillin landed a snap jab that sliced open Rosado’s eyelid which began to pour blood.

Said Quillin after the fight, “I’m not a judge. I’m not an elected official. I did what I had to do as a fighter and I respect the call. The referees and doctors ringside did what they had to do to make sure the fighters are safe.

“I never expect an easy payday or an easy fight. I work hard every time for each fight… When you dedicate to win a title you need to give that person a sense of being able to achieve what they want. I am a world champion and I work hard. He has never been a champion and he doesn’t know.

Of the stoppage, Rosado told Gray, “I felt like that was B.S. This is a championship fight. We were going into the championship rounds. This was a competitive fight. I never complained about a cut. When the doctor saw my eye, I told him that I could see. It was not giving me any problems up to that point.

“I noticed if I backed him up with a jab that I was hurting him and I was doing that. But then the doctor called me over and stopped the fight. This is boxing. What about Gatti-Ward? They didn’t stop that fight. Corrales-Castillo. We are warriors.

“I never even complained that I couldn’t see. Of course I want a rematch. This is the story of my life. I’m the real Rocky Balboa.”

In the opening bout of the evening, Deontay “The Bronze Bomber” Wilder (30-0, 30 KO’s) remained undefeated with a stunning fourth-round knockout over Nicolai “Stone Man” Firtha (21-11-1, 8 KO’s). It was only the third time that the promising young heavyweight from Tuscaloosa, Ala., has ever been into the fourth round. To date, he has a remarkable 17 first-round knockouts and is looking to move into a championship fight.